Why is image recognition a key function of AI? Image recognition is a computer vision technique that allows machines to interpret and categorize what they “see” in images or videos. Often referred to as “image classification” or “image labeling”, this core task is a foundational component in solving many computer vision-based machine learning problems.

But how does image recognition actually work? What are the different approaches, what are its potential benefits and limitations, and how might you use it in your business?

What is image recognition?

Image recognition is a computer vision task that works to identify and categorize various elements of images and/or videos. Image recognition models are trained to take an image as input and output one or more labels describing the image. The set of possible output labels are referred to as target classes. Along with a predicted class, image recognition models may also output a confidence score related to how certain the model is that an image belongs to a class.

For instance, if you wanted to build an image recognition model that automatically determined whether or not a dog was in a given image, the pipeline would, broadly speaking, look like this:

Modes and types of image recognition

Image recognition is a broad and wide-ranging computer vision task that’s related to the more general problem of pattern recognition. As such, there are a number of key distinctions that need to be made when considering what solution is best for the problem you’re facing.

Broadly speaking, we can break image recognition into two separate problems: single and multiclass recognition. In single class image recognition, models predict only one label per image. If you’re training a dog or cat recognition model, a picture with a dog and a cat will still only be assigned a single label. In cases where only two classes are involved (dog; no dog), we refer to these models as binary classifiers.

Multiclass recognition models can assign several labels to an image. An image with a cat and a dog can have one label for each. Multiclass models typically output a confidence score for each possible class, describing the probability that the image belongs to that class.

Why is image recognition important?

Image recognition is one of the most foundational and widely-applicable computer vision tasks.

Image recognition’s broad and highly-generalizable functionality can enable a number of transformative user experiences, including but not limited to:

Of course, this isn’t an exhaustive list, but it includes some of the primary ways in which image recognition is shaping our future. We as humans can easily distinguish places, objects, and people from images, but computers traditionally face a tough time comprehending these images. Thanks to the new image recognition technology, now we have specialized software and applications that can decipher visual information. We often use the terms “Computer vision” and “Image recognition” interchangeably, however, there is a slight difference between these two terms. Instructing computers to understand and interpret visual information, and take actions based on these insights is known as computer vision. Computer vision is a broad field that uses deep learning to perform tasks such as image processing, image classification, object detection, object segmentation, image colorization, image reconstruction, and image synthesis. On the other hand, image recognition is a subfield of computer vision that interprets images to assist the decision-making process. Image recognition is the final stage of image processing which is one of the most important computer vision tasks. A lot of technological breakthroughs were promised to us, till the year 2020. Although much has not been achieved as claimed, yet the advancement and implementation of revolutionary technologies in the realm of AI (Artificial Intelligence), Big Data, and Machine Learning has contributed immensely to refining Image Recognition technology further.

The dawn of driverless cars, impressive facial-recognition mechanics already implemented in various countries, and faster detection of objects in real-time with accuracy – all were made possible through image recognition algorithms, powered by machine learning.

One can easily predict the Image recognition market to be thriving in the coming years, at this point. The statistics estimate the IR market to reach around 3.8 billion USD by the year 2021. This is a massive hike from a mere 15.9 billion in 2016, nearly 100% increase, according to data by Markets and Markets research.

Image recognition technology has embedded seamlessly in the areas of e-commerce, content sharing (helping in moderating offensive visual content), security, healthcare, and automotive – Let’s look at the image recognition applications that software and app development companies and as a whole are working to pave the way towards a futuristic present, and near-future.

Of course, the area of brand advertisements, Ad targeting, and improving customer service was bound to benefit from the useful applications of image recognition. By targeting customer’s posted photos through IR – they can learn about their interests and consumerism behaviors. This, in turn, will help the brand’s targeting efforts to be streamlined and perfected. Since they will have the required data to target a relevant audiences and place their ads smartly.

This is another useful IR use case, second to medical imagery. The world of advertisement has been enhanced enough with the help of social media, and now with image recognition technology – users and brands will be facilitated more accurately.

As discussed above, image recognition applications help identify objects, visualize them further, analyze them, and then enable machines to make decisions accordingly with respect to the visual inputs received.

Apart from the discussed uses of IR, it has been embedded in vital manufacturing and industrial processes, which opens possibilities to an impeccable production process world-wide. What more is that this technology to take visual inputs intelligently allows machines to detect defects in the manufacturing structure, without depending on human assistance. Of course, AI follows closely, operating to fetch necessary information by learning the behavior on its own.

Iris recognition has been improved considerably with the help of image recognition technology that recognizes the unique patterns in the iris. One of the most important and essential applications of iris recognition is biometric identification. However, an innovative application of this would be its integration in high-end flagship smartphones; Samsung Galaxy Note 7, Galaxy S8, and Windows Lumia 950, to name a few. Unfortunately, smartphones’ security wasn’t guaranteed through iris recognition. Nonetheless, this technology in the works still has given way to the visualization of many new upcoming technologies that can rely on iris recognition.

These were just some of the futuristic implementations of image recognition – coming into 2020, there is better and more refined technology waiting to be incorporated into new avenues of tech-breakthroughs.

Image recognition alone can be a very abstract field. But when put into contexts, its potential to transform businesses is indisputable. Let’s look at several potential image recognition application in various industries and business processes:

To sum up, image recognition is the early sign of a future of computer vision. No matter how it will be approached or what industries it will be applied on, image recognition will never be achieved alone. It can only be made stronger by access to more pictures, real-time data, time and effort. The businesses that realize this, make the most of these connections and prepare head-on are the ones that shaped for success. 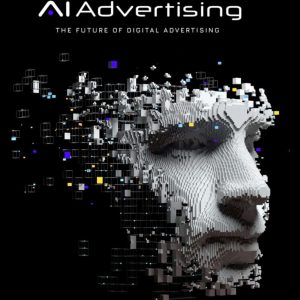 Artificial Intelligence In Advertising world.   In this incredibly fast paced and noisy world, it’s getting increasingly more difficult to get and hold people’s attention. 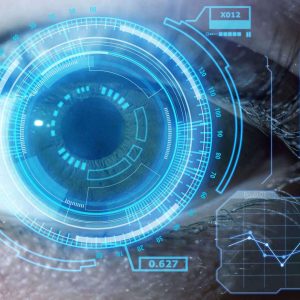 The Covid-19 pandemic has had a major effect  on how we socially , travel, work, and go about our daily lives. Our current circumstances are